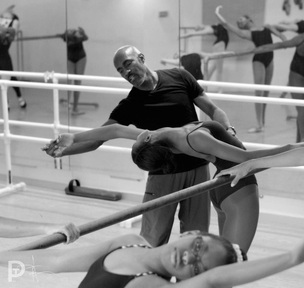 Homer Hans Bryant is a former principal dancer with the world renowned Dance Theater of Harlem. His professional credits span from a command performance for the Royal Families of Norway and England to Timbuktu, with the Legendary Eartha Kitt and the motion picture The Wiz with Diana Ross and Michael Jackson. Homer was a former member of Prima Ballerina Maria Tallchief's Chicago City Ballet. His teaching and training experience include working with Canada's mesmerizing Cirque Du Soleil productions of Mystere, Alegria, Quidam and Saltimbanco; many of Mr. Bryant's former students are in various Cirque Productions around the world.

His core mission is to bring dance training to all of Chicago. In 1992 he founded the Bryant Ballet School, later renamed the Chicago Multi-Cultural Dance Center to reflect the diversity of dance.  In addition to all of this, Mr. Bryant is also Assistant Artistic Director for Gus Giordano Jazz Dance Chicago, located in Evanston, Illinois.

Known as a strict disciplinarian, his slogan "The Fun is in the Discipline, The Discipline is in the Fun" has become a mantra for his current and former students and their parents and has established Mr. Bryant as one of the most respected teachers in the country and around the world.  In 2012 he was invited to teach master classes in Russia at the Dance Open Ballet Festival.

In 2009, Mr. Bryant received the "Helen Coburn Meir & Tim Meier Achievement Award; was featured in the short documentary "Raising the Barre: The Homer Bryant Story"; received The Arts Legend Award, Arts Alliance Illinois; named Chicagoan of the Year by art critic Sid Smith of the Chicago Tribune. In 2010, he was inducted as a member of "The History Makers:.   Mr. Bryant was also one of Chicago Defender's "Men of Excellence 2011".

To learn more about the philosophy of Artistic Director and Master Ballet Teacher Homer Hans Bryant, please watch a short 5 minute excerpt from the documentary "Raising The Barre" 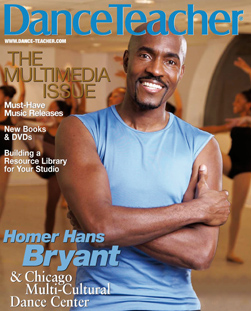